We’re so thrilled to say “Congratulations” to Worcester Kodály tutor David Vinden, who last night was awarded the Lifetime Achievement Award in the Rhinegold Music Teacher Awards for Excellence.

In his acceptance speech David said “If I could bring about one thing in education it would be the belief that all children should have music and that it should start as early as possible through singing.”

We quite agree David, and thank you for all your support in Worcester. 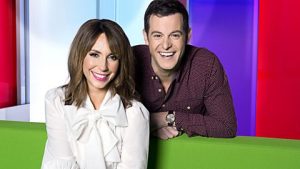 KODÁLY FEATURED ON BBC’S THE ONE SHOW

In a very exciting move for the Kodály community, on Tuesday 28th November the BBC’s The One Show featured one of our colleagues, and the great success he has had teaching music in a school in Bradford.

Jimmy Rotheram is the music coordinator in Feversham Primary School, an inner-city school, which was in special measures five years ago. Their success is down to one thing – the Kodály concept of music education. By giving all pupils access to this incredible way of teaching music, they have improved attendance, creativity, concentration and confidence, and produced some musicians of exceptional quality.

But it is not just in music that they have seen this success. Just as was seen in schools in Hungary, there has been a knock-on effect in other academic subjects. The improvements in mathematics and literacy have lifted the school out of special measures, and they are now significantly above the national average.

Following a recent article in The Guardian, which has been shared almost 200,000 times on social media, there was so much interest that the school had to run a conference to showcase their music making.

Happy children, great academic results, fabulous music-making. This is a real success story we can all be proud of. 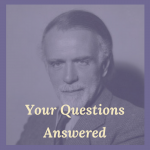 Plus a feature on Adrian Chiles’ BBC Radio 5 Live programme – the feature is about 1 hour in http://www.bbc.co.uk/programmes/b09gfy6t

Last week Lee Russell ran the Worcester Half Marathon in aid of Worcester Kodály’s Every Child Campaign. To date he has raised over £330 for the cause so we have been able to get the ball rolling on our very first free teacher training session!

It’s not too late to sponsor Lee at https://mydonate.bt.com/events/worcesterhalfmarathon/437591

Here are some photos of the event.

Sadiq gets it! Of course learning an instrument is wonderful but it’s not the only way to teach music. Musicianship through singing is even more effective and doesn’t need any instruments. Just trained and confident teachers. Worcester Kodály’s Every Child Campaign will raise money to give our teachers the skills and confidence they need to give excellent and effective music education to EVERY child.

Sadiq is championing music education in London. We can do the same in Worcester!